I am delighted to announce that the 2023 Reunion Dinner will be held in The School Hall on Friday 24th March, 7pm for sit down at 7.45pm. Further information and ticket application forms are below.

Memories of Glyn County Grammar School from 1962 by Peter Daggett

Former student Peter Daggett has written a full and fascinating account of his time at the school from 1962, which I implore you to read via this link: Memories from 1962

Former students who have memories of their time at the school are encouraged to send them to: 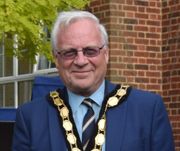 Epsom and Ewell's former Mayor Neil Dallen has been recognized in the New Year Honours list 2020.

Residents' Association Councillor Dallen was named 'a Member of the Most Excellent Order of the British Empire' (MBE) on the recently announced list of awardees.

Epsom and Ewell Borough Council (EEBC), who announced the news, said that he had been honoured for "services to Local Government and to Young People".

Dallen is an RA Councillor for Town Ward in Epsom and served as Mayor from 2018-19.

During his tenure he sponsored charities that supported both young and older residents in the borough.

A long-time former member of the Boy Scouts, Neil helped run a group of 250 plus Scouts in the borough before becoming a Councillor.

He led groups to Sweden and Uganda, took a contingent to the Scouts' 21st World Jamboree, produced local gang shows at the Epsom Playhouse, and oversaw a number of events in the town, including the annual fireworks display.

Neil was a student at Glyn School, leaving in 1968, and was a former secretary of the Glyn Old Boys’ Association before it was renamed The Old Glynians' Association (TOGA). 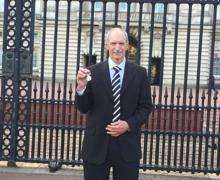 2019 got off to a bright start for former Glyn School student and Brunel University lecturer, Bob Chappell, who was named in the Queen's New Year Honours list 2020.

Bob left Glyn School in 1965, where he excelled as a student and all-round sportsman, representing the school and county at soccer, basketball and athletics. For many years, Bob was also a regular referee of Glyn Old Boys' football matches.

Bob’s champion career in basketball netted him a British Empire Medal, awarded for outstanding hands-on service to the community.

In 2004, Bob became Honorary Life President of the British Universities Sports Association and, in 2008, an Honorary Fellow at Brunel.

“Bob’s hard work on and off the court was instrumental to the success of many international basketball programmes,” said Professor Costas Karageorghis, who heads Sport, Health & Exercise Sciences at Brunel. “His enthusiasm for the sport had a positive effect on players, coaches and team officials, so it’s wonderful that he has received this national recognition.”

Today Bob’s passion for basketball still rubs off on young players and families across Surrey, where he now runs Surrey Schools Basketball Association.

Bob officially picks up his award at a ceremony in a stately home in Surrey, but is expecting an invitation to the Queen’s Garden Party this summer, or as soon as possible thereafter.

Our congratulations to both Neil and Bob. 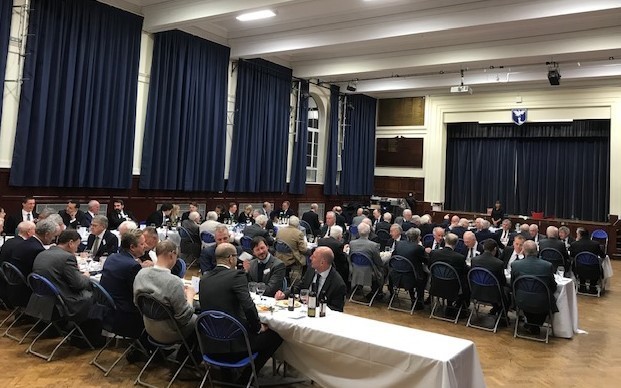 On Friday 28 February 2020, TOGA held their Annual Reunion Dinner in The Proctor Hall. About 75 former Glyn School students sat down to a splendid three course meal, whilst renewing old friendships and making new ones.

As usual, the event was superbly arranged by Mr Paul Skipp, TOGA Honorary Secretary, and, as we have come to expect, the current Year 11 House Captains managed the serving at table impeccably. Equally impressive were the  Senior Prefect Team, two of whose number, Oliver 13C1 and Imogen 13M1, made a witty speech reminiscing on their time at Glyn School.

Former students were delighted to browse a display on the history of the school, including photos relating to when the school site was still in Church Road, Epsom, before the move to The Kingsway. With Glyn School enjoying 93 years of history, there is always plenty for our former and current students to talk about over dinner.

All former members of the school are welcome to join us at the 2021 dinner and contact can be made with Paul via pmskipp@gmail.com.

Do you hold a reunion with your former Glyn School classmates?

If you would like to add a photo of your gathering to The Old Glynians’ webpage, please send it to Hon. Sec. Paul Skipp at pmskipp@gmail.com