England U17 Training Camp for Brodi and Lewis

Brodi and Lewis, 11CFC (Glyn/Chelsea Football Club) were both delighted to be invited to attend an England U17 training camp last week at the famed St George’s Park in Staffordshire. Both students described their training week as a “great experience to train in a different set-up.”  In addition to their football training, Brodi and Lewis had time set aside for their academic studies, which is vital as they revise for their forthcoming Year 11 Pre-Public Examinations (PPEs). We wish Brodi and Lewis much success for both their football and academic studies. 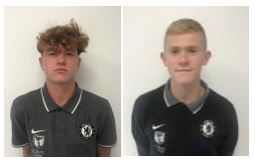