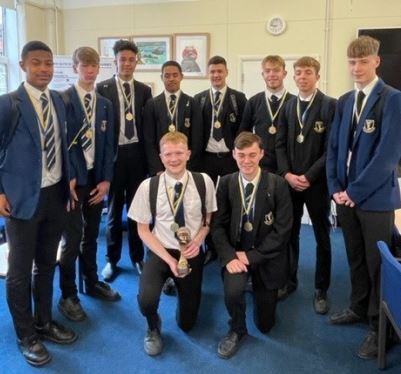 I am sure that you will all join me in congratulating the Glyn Senior Basketball Team for winning the Surrey Sixth Form Basketball League. The players had an amazing season, winning all their matches against some formidable teams from around the County. Their team play was second to none; their rigorous weekly training regime certainly paid off. The players were thrilled to be presented with their medals and trophy by Mr Duffield. Well done, team!

The team and I would like to say a huge thank you to Mr Macgregor for coaching and refereeing the games throughout the season. Mrs Mabbott, Manager …and biggest supporter!